Hermès already has a history of 183 years, and its bag styles are even more various. There are many people want to buy it but don’t know how to choose or the differences between different series of bags. So to sum up some classic Hermès sale and choose the one that best suits you.
First of all, It must be the BIRKIN, this is the most famous and difficult bag for Hermès to buy. The story background of this bag is very interesting. In 1984, one day , an actress and Jean-Louis Dumas meet ten thousand feet above the ground, she said that she cannot find a shopping bag big enough to carry her daughter’s flower, soon, Dumas designs a deep and supple holdall. It is the first birkin bag. Later, the birkin bag has captured the attention of the world till today. The most special and attractive thing of birkin is that there is a year number on each birkin bag, which is engraved on the bag belt. It should be noted that it has a lot of leather to choose from, like veau crispe togo, veau epsom, box calf, veau swift and so on. Different leather has different texture and appearance.
Secondly, when it comes to birkin, we have to mention KELLY. These two always compared by people. Kelly is became famous in magazine which is called Life, when the magazine published a picture of Grace Kelly, princess of Monaco, carrying Hermès Kelly bag while pregnant in 1956. In fact, it appeared in 1892, at that time in order to make a saddle bag for the aristocracy, Hermès launched the “Haut Courroies”. In1899, after the redesign of Emile Maurice Hermes, the third generation head of Hermès, ”Haut Lady Courroies”became a more suitable travel handbag for women, named “Sac A Croix”. Compared with square shape of birkin, the lines of kelly are softer. Additionally, kelly has should straps, which you can carry when you go out, this design is more convenient. Now, Hermès has also launched mini kelly, the mini shape attracted many buyers, if you don’t mind that it doesn’t hold too much, then it’s worth to get. Nobody can refuse its cute appearance.
Thirdly, affordable and daily bag, GARDEN PARTY. It has soft leather, lovely appearance and suitable size, so its fit for daily life to take. Particularly, you can choose all leather or canvas decorated with leather, not only price, also have lighter weight if you choose the latter.
Fourthly, BOLIDE, a lovely round bag. The third generation of Hermès produced the bolide in 1923. The birth of this bag has had a great impact on major European brands marketing. What is most worth mentioning is that it is the first bag with a zipper of Hermès. It has a lot of storage space and all kinds of size to choose.
Lastly, full of youthful feelings bag, EVELYNE. It doesn’t like other bags of Hermès, its small and it looks more like that teenagers carry. Its suitable for carrying when playing, taking pictures or shopping.
In fact, there are many types of Hermès bags outlet, no matter what you want , you can always find something you like. Remember to do some work and choose the suitable one before you decide to buy it and do well in the follow-up maintenance. 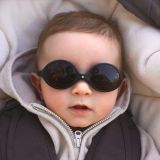 This is the "Sidebar 2" container. You can place any widget you like in here. In the evo toolbar at the top of this page, select "Customize", then "Blog Widgets".